Yes, I am championing health and vitality. And yes, I am passionate about many other things e.g. justice, marketing, gardening and more.  I love working with computers, but I enjoy even more to working with people like you, in person and support you in claiming back more of your health.

This world needs change, and to change this world, I can't do it alone. And we need leaders!

Being healthy is a vital ingredient for leaders like you!
This is to YOU, so that YOU can become as powerful as YOU ever can be.

Get a free sample of our product

Sceptical about changing habits? But you wanna dance on, right?

A Boost in Vitality — and Blue Zones

What Colour is Your Clockwork? 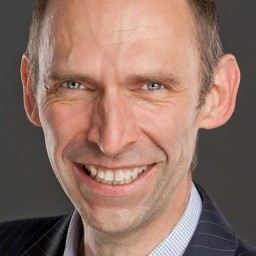 There were me, that is Ulf, and my friend Christian sitting in that restaurant near Basel, having lunch together and talking about behavioral change, something easy like changing a habit of oneself in a flash, pwah…  e.g. changing the habit of lifting things off the floor with ease and style as opposed to bend over and behave “old”…

We were exchanging our impressions that behavior sometimes seems even robotic and that we also encounter difficulties ourselves in dealing with habit and change. And the impressions when looking at politics in this context are really not suited to calm down our… concerns

I like to use a bar graph to show the relationship between stimulus and response in this way:

This representation is quite appropriate when we talk about our habitual reponse to anything. Considering the immediacy of most of our reponse to any stimulus, the sudden transitioning of stimulus into the repsonse side of the diagramm is representing quite well our habitual conditioning. In that sense we might even speak of our behavior being “robotic”.

You may have heard of the Marshmallow Test. Daniel Goleman brought it to my attention only in the nineties, but actually it was first performed in my childhood in the sixties (at Stanford University). The test serves to demonstrate our ability (or the lack thereof) to delay gratification and it has even some predictive value for later “success” in life. When looking out into the world it looks to me like we are eating more Marshmallows than we produce! We want to have the result, and we want to have it right now. If you reason it out, striving for immediate gratification makes only for robotic behavior. Old fashioned marketing would like that because it counts on conditioning “reflexes”, creating habits and automated behavior.

But the question is critical: How can we drive a wedge, so to speak, between the two halves of the bar diagramm, between stimulus and response?

Frederick Matthias Alexander was passionate about this issue. On educating the children (remember that we all are a children, simply having had a couple of additional brthdays?) he maintained: “Give a child the ability to adapt himself within reasonable limits to his environment, and he will not suffer discomfort, nor develop bad physical habits” [… By using time, thought, and creativity] we may train the child to win its own conscious control, and rise superior to any probable limitations imposed by ordinary school fittings. For the problem to be solved in education is that same problem which needs solution in the social, political, religious, industrial, economic, ethical, aesthetic, and other spheres of […] progressive human activity. ( in “Man’s Supreme Inheritance” 1910 / 1946 Ed.)

F.M. Alexander was so spot on that I wonder why he wrote such a brand new idea already 100 years ago?
In response to this idea my friend Christian came up with his wonderful image of

Out of mere interest, years ago Christian took apart one of those grandfather clocks where weights on a string or chain actually make the clock hand move forward.
After having mounted it together again, he should have put back the pallet lever (In German called “Anker”).

The pallet lever is an integral component of a mechanical watch. Its purpose is to release the escape wheel one tooth at a time, at each swing of the pendulum.
The lever is shaped like a ‘T’, and is pivoted in the center; in operation it rocks back and forth. On the arms of the ‘T’ are angled surfaces (pallets) which alternately engage the teeth of the escape wheel, hence pallet lever.

But he forgot and by having forgotten this minor detail, the clock hands now were rushing through the minutes and hours, moved by the weights that continually and rapiidly were moving down till they reached the floor.

And this equivalent reminded him of the importance of taking the time to reflect and plan our actions, how we want them to be and how we need to shape them to increase the likeliness of a desirable outcome.

The impact is far reaching, I mean faaaaar reaching:

In his book “Blue Zones” (a book written about people having become older than 100 years and still leading an active lifestyle and participating fully in life) Dan Buettner points out that for becoming a centenarian there does not exist a magic bullet, but a confluence of healthy practices. And in this book he quotes a Sardinian centenarian, Raffella Monne, : “Life is short. Don’t run so fast you miss it.”
Another great point Christian’s metaphor alludes to.

Re-claiming your very own space of freedom between stimulus and response is critical and can only be done by something that Alexander tackles in his groundbreaking work.

A cautious estimate on the effects of changing our lifestyle – which essentially means changing habits – means adding easily another 10 years to our life expectancy, compared to pursuing an average western life style.

Growing older is inevitable for all of us, but how we will be growing old (and frail) is in good part a matter of our choices — or: the way our decline unfolds is up to us.
Dan Buettner (and the demographers and medical scientists he accompanied) make the compelling case that we can live a shorter life with more years of disability (an idea that public health tracks down with the concept of QUALY – the Quality Adjusted Life Years and that basically measures the disease burden of a group of people.) Or we can live the longest human life possible with fewest bad years possible. That requires our creativity and in the end our mental discipline to carry decisions for adapting and implementing healthier life habits.

Like Pogo, Walt Kelly’s porcupine character, says to Porky: “Yep son, we’ve met the enemy, and he is us”

Becoming Your Own Best Friend

Are you ready to take this a step further, towards a healthier life and would you like to see how applying it to your life looks like?

Commit to action on creating better habits. Improving movements seems a feasable way to get hooked on this. Let’s get you started, don’t stay your own best enemy but become your own best friend.

In a world where healthcare no longer cares about health and our doctors fight pathology rather than teach us how to advance our best health and increase our vitality, I am championing health. It is my passion to catalyze and guide world-changers to tune in to their bodies innate wisdom to aspire invigorating and ever improving coordination & movement health for a life time. Becoming as healthy and vigorous as possible enables us to empower ourselves and others and shape our environment, our world. As B. Ware puts it: “Health brings a freedom very few realize, until they no longer have it.”

Please log in again. The login page will open in a new tab. After logging in you can close it and return to this page.

In a world where healthcare no longer cares about health but our doctors fight pathology rather than teach us how to advance our best health, Motion Mastery™ is deeply passionate about championing health.

Motion Mastery™ catalyzes and guides world-changers to tune in to their body's innate wisdom  to aspire invigorating and ever improving coordination and movement health for a lifetime.

Becoming as healthy and vigorous as possible enables us to empower ourselves and others to shape our immediate environment – our world.